Do whatever you want here. Anything goes. (EDIT: July 2020, board is back up and working!)


CNN) -- Emergency crews in the Philippines were on standby Monday morning as the island nation braced for a "super typhoon" that could trigger flooding and landslides.
Super Typhoon Megi, also known as Juan, is expected to make landfall midday Monday at or near super-typhoon strength, with winds possibly in excess of 200 kph (124 mph), according to Mario Montejo, secretary of the Philippines' science and technology.
On Monday morning, Megi carried sustained winds of 287 kph (178 mph) with gusts up to 350 kph (217 mph) as it headed toward the Philippines, the Joint Typhoon Warning Center said.
"Tropical storm force winds and heavy rain squalls are already affecting areas along the coast," CNN meteorologist Taylor Ward said. "From this point forward the weather conditions are expected to rapidly deteriorate."
CNN meteorologist Ivan Cabrera called Megi a "monster storm."
Beyond high winds, large swaths of the northern island of Luzon will see 300 mm (12 inches) of rain, while more isolated pockets may see up to 500 mm (20 inches), Ward said.
A typhoon of this intensity could cause storm surge as high as 6 to 8 meters, threatening population centers along the coast.
As of 5 p.m. (5 a.m. ET) Sunday, the typhoon was about 390 kilometers east of Aparri, Cagayan, according to the state-run Philippines News Agency. It was moving west at about 22 kph.
Montejo said the government is alarmed by the speed and strength of the typhoon. He warned of potentially devastating effects the storm may wreak on Luzon.
"The winds have been steadily increasing," James Reynolds, a storm chaser who is on Luzon, told CNN Monday morning.
"Unfortunately, this is a part of the world where the infrastructure is quite fragile, the power grid is quite fragile and a lot of people live in quite basic houses," he said.
Residents in low-lying and coastal areas are advised to head for safer locations, and authorities are discussing the possibility of forced evacuations.
As the storm moves across the rugged terrain of Luzon, it is expected to decrease in intensity before moving out over the South China Sea. Megi is expected to dump large amounts of rainfall over the mountains, which could potentially trigger mudslides and localized flooding.
The typhoon could also damage large amounts of agricultural land along its path.
"Thousands of hectares are in danger of being ruined," Cabrera said.
On Sunday, Philippine navy spokesman Lt. Col. Edgard Arevalo said in a statement that disaster response personnel equipped with rubber boats and other life-saving equipment are on standby in several areas.


What the hell do you do in a situation like this?

In 2009, The Philippines was struck by Typhoon Ketsana. I was already in Japan that time though.

When the floodwater receded... 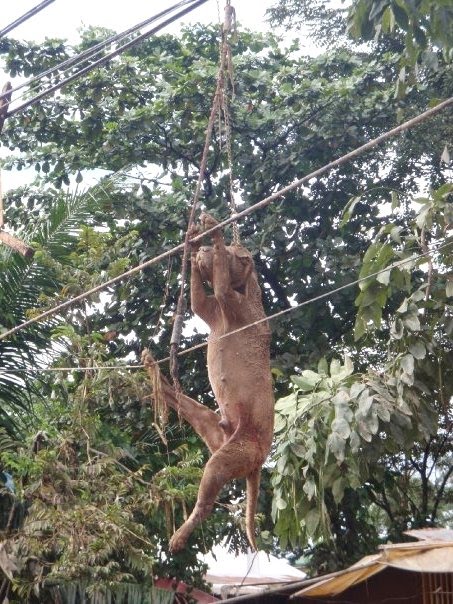 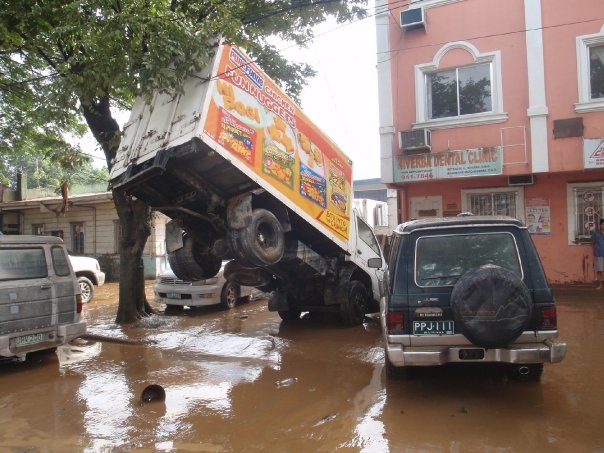 Manila isn't hit as bad this time. Signal number one in this area.
Top

There's another storm coming in, by the way.
literature as masturbatory paraphernalia.
Top

Damn, and I thought I had it bad in New Orleans.
Top

BTW, the government usually only suspends college classes when things get around 180 kilometers per hour. CB guys correct me if iniba na nila. Oh and yeah, there have been cases of local government units hording relief goods and selling them. That last one's from rumors, but hey, wait til you get here.
literature as masturbatory paraphernalia.
Top

Lol, fuck you. I'm back in DC. ENJOY YOUR STORMS, BITCH.

Return to “Talk About Anything”